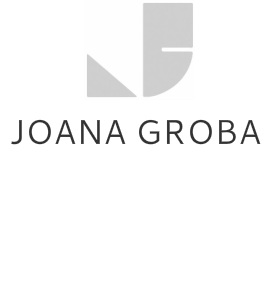 The self-construction of IDENTITY cannot be understood without the concept of the foreign or the different (otherness). Contact within communities and groups take place thanks to migratory movement (near or far, for any reason – including economic, religious, political conflict, etc), amongst other reasons. The different can come from Africa, the Arctic...or next door. This piece, and my work in general, explores this theme.

IDENTITATIS reflects upon migration, or immigration as it is also known, and the brutal effects it has on the human race in our current times. It has been clearly documented in recent media what devastating results can arise from the desperation and search for asylum.

IDENTITATIS focuses on the journeys across seas and oceans made by thousands each year. The loss of lives and hope. The barriers, the walls, the bureaucracy turn to wire, cement, sea, forms...

The work includes footage filmed in the Mediterranean Sea where many migrants attempt to cross this physical barrier. The film is projected onto a mirror wall that reflects back onto a mural. The mural, the centrepiece of the work, is constructed with cement that as been mixed with salt water of the Mediterranean. Seawater that contains the DNA of the thousands of deceased migrants. 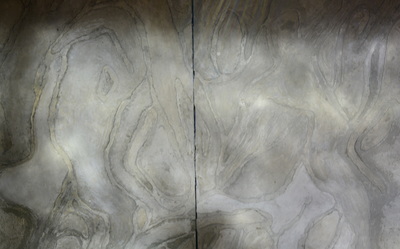 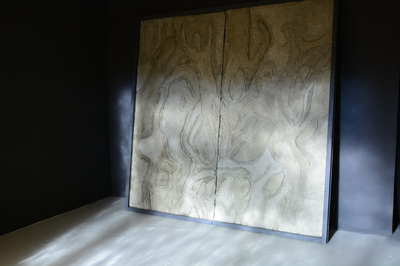 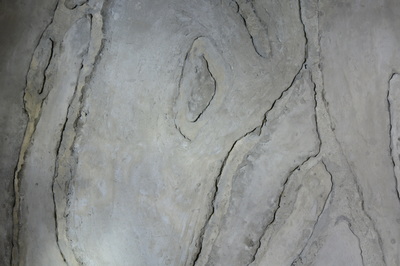 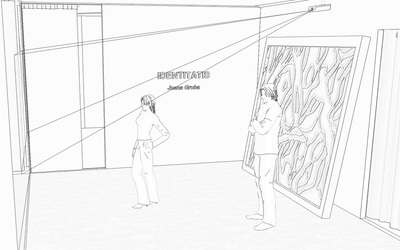 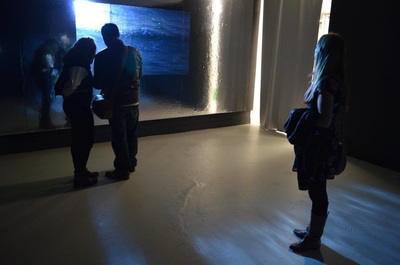